For it is in giving that we receive; It is in pardoning that we are pardoned; And it is in dying that we are born to eternal life.
You are here: Home / Formation / Environmental Justice / Conversation with Franciscan Minister General 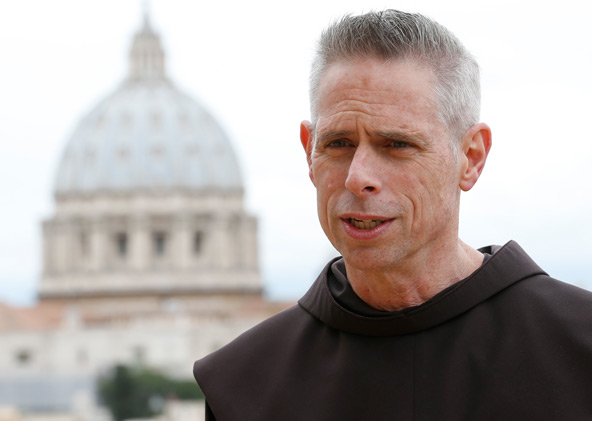 His job is to be the leader of of Franciscan friars worldwide. He is a successor of St. Francis of Assisi.

He is an American and he is the Franciscan Minister General; Father Michael A. Perry, OFM, who was elected to fill this important role.

Recently, he visited the Franciscan Monastery and sat down with the Editor of The Holy Land Review for an extended conversation. During this meeting, Father Perry shared his insights on many topics ranging from, his goals as Minister General, his thoughts about Syria and his plans for Franciscans worldwide.

Franciscan Monastery of the Holy Land in America: an oasis of peace

Receive updates from us!

Please take a look at these books if you would like to deepen your understanding of the Franciscan life.